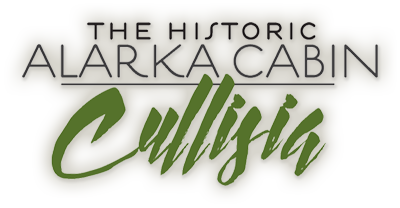 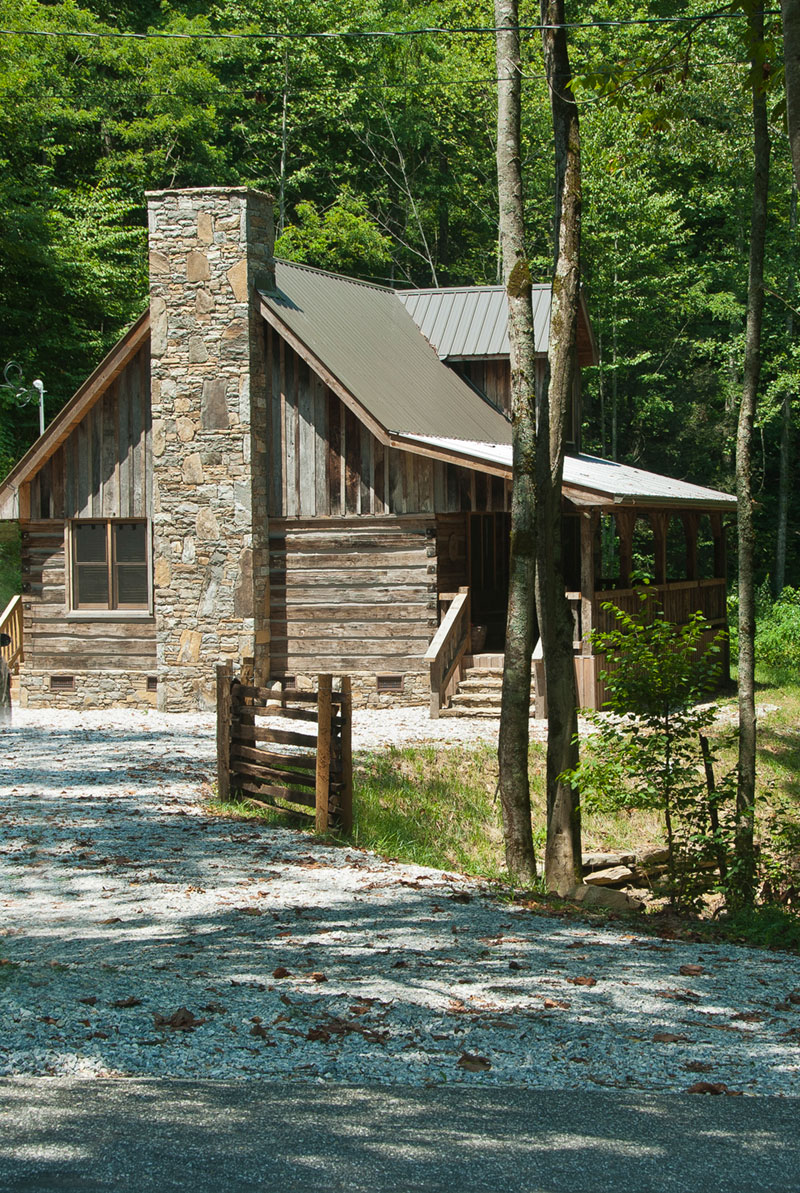 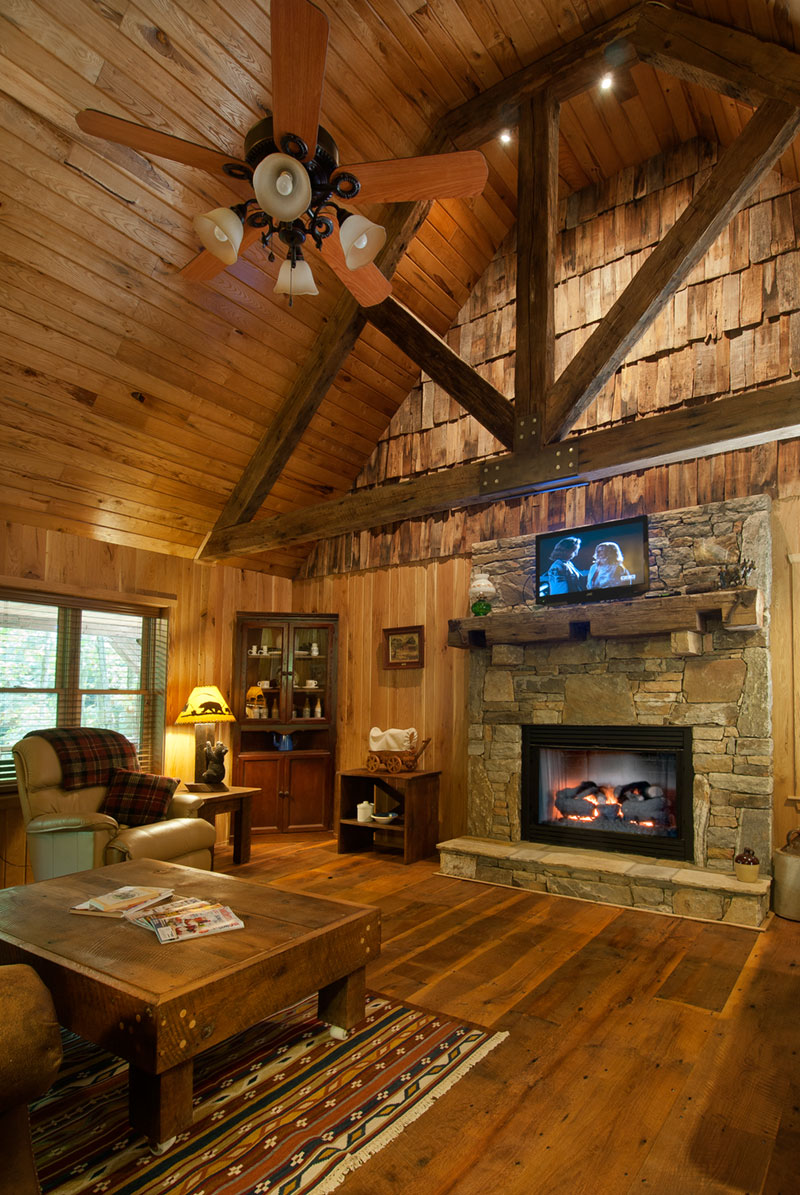 Choose our Cullisia rental cabin for your Smoky Mountains getaway and step back in time to the late 19th century.

The Cullisia cabin was originally constructed in the Laurel community near Marshall, North Carolina around 1892. The LL Merchants Company out of Asheville and the Presbyterians hired Jim Leake and Lump Norton to build the cabin for use as a mission and a doctor's office. All the logs were hand hewn.

To move the cabin, the logs were numbered and taken down one by one. In 2012 we rebuilt the cabin beside a mountain creek on East Cullisia Road in the Alarka community near Bryson City, NC.

We used reclaimed materials for the floor, walls and exterior gable ends. All of the logs and much of the inside paneling is native American Chestnut.

Most of the furniture is hand-made from reclaimed materials, using such old time techniques as mortise and tenoning. The heart pine bead board used in the downstairs bedroom was reclaimed from a one-room schoolhouse in Bryson City.

Rest assured, Cullisia features countless improvements over the original cabin with it's more primitive 'comforts'. The cabin has all the features and amenities for today's lifestyles while preserving the nostalgia of a 19th century mountain homestead.

Cullisia was the Asheville Citizen-Times' featured Home of the Week in October, 2016.